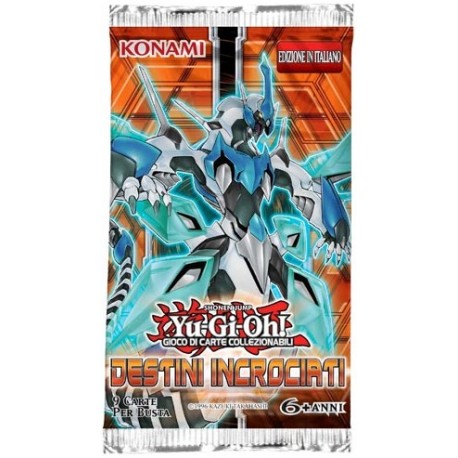 Each Zefra monster is tied in to a popular monster group from recent sets, making them either Zefra/Shaddoll, Zefra/’tellarknight, Zefra/Yang Zing, Zefra/Nekroz, or Zefra/Ritual Beast. Duelists with any of these Decks can add their new Zefra monsters to spice the Deck up, OR build a Deck entirely of Zefra monsters, tying all five together!

While their cross-theme potential and monster effects vary, all Zefra monsters can take advantage of the new, powerful Zefra Spell & Trap Cards in Crossed Souls, magnifying the power boost that Zefra monsters give to any Deck that includes them. At the same time, a pure Zefra Deck (or a Deck with appropriate Zefra splash) can now gain increased access to Shaddoll, ‘tellarknight, Yang Zing, Nekroz, and Ritual Beast cards!

Fans of the Yu-Gi-Oh! anime and TV series will also be treated to a slew of new cards from the newest generation of the series – Yu-Gi-Oh! ARC-V.